Marking technology against piracy - standardized bar codes are designed so that a forgery by the simplest means is reliably detected. It is enough to read the barcode thus generated with a commercial flatbed scanner or mobile phone and check.
The unit costs for the production of bar codes are well below one euro cent.

The basic idea of the O-PUR approach is built on the simple fact, that each printed matrix code has its individual non-replicable characteristics (Wirnitzer 2003, 2004/A, 2005/A/B; Walther 2007/A). If the code is applied on the secondary package, its contents are used to identify the product. Its unique fingerprint, resulting from the physical interaction between medium and substrate during the printing process, can be used to identify whether the product is original or not.
The main target of the project was to use these unique fingerprints as an individual characteristic to distinguish genuine from counterfeit products.
(Walter 2008; Bonev 2008, 2009; Maleshliyski 2009; Wirnitzer 2009).

The OPUR barcodes based on the three innovative technologies
1. Raster print data memory,
2. Paper fingerprint and
3. Cryptography,
which permit in their combination virtually at zero cost a very high quality counterfeit protection to detect plagiarism. 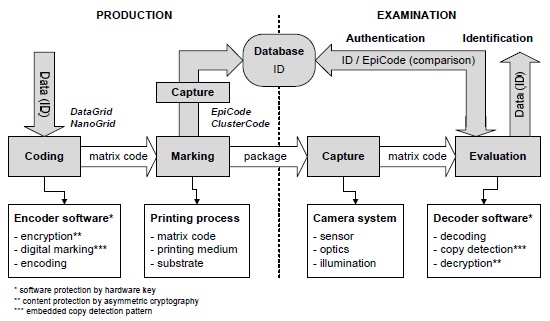 Fig. 2: Overall security concept for product protection based on identification and authentication

The protection concept is subdivided into production and examination of the security mark as presented in Figure 2. The proprietary matrix code DataGrid contains encrypted product data and the embedded copydetect pattern NanoGrid, which is treated as an artificial fingerprint and used for authentication (copydetection) without database access.
After printing the code on a package or label, the unique fingerprint EpiCode naturally occurs as a result of the interaction between paper and ink. If an offset printing processis used, the characteristic signature of the printing plate ClusterCode appears as an additional individual feature. EpiCode and ClusterCode can be used for authentication in the supply chain only if captured and stored in a database during the production process.